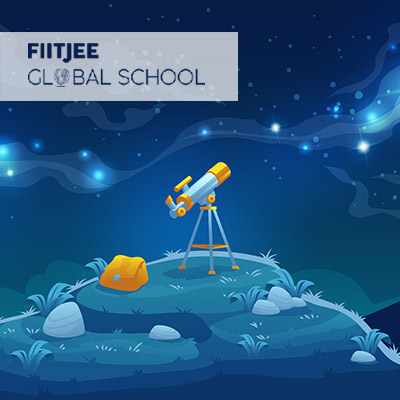 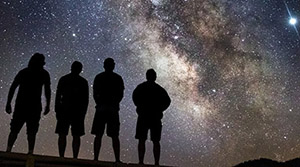 The world today belongs to the young and brilliant. Have you heard of Aryan Mishra? As a boy aged 11, he saw through the telescope a view of Saturn and the asteroids around and was hooked by the magic of Astronomy and space exploration. By the time he was 15, he had turned into a national celebrity after discovering a new asteroid, along with his friend. Consider the life of Megha Rajoria, a young girl who takes high-resolution pictures of the galaxy at the National Institute of Radio Astrophysics in Pune. She has taken pictures that have attracted the attention of the entire Indian astronomy community. These are just two examples of how age is not a factor in making a mark in the field of Astronomy. Both enjoy what they do, and their passion for astronomy has made them prodigies. Examples like these make us believe that India can have a superior space program in the future. 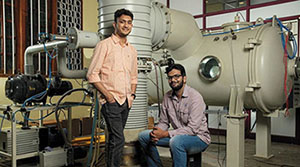 The technology revolution has created many opportunities for the youth. While changes in many industries are visible, there are nascent sectors that are witnessing activity and growth in the revolution. One such domain is space technology and astronomy. Have you heard of the term ‘Astropreneur’ recently? Globally, there are startup incubators that are boosting and conducting programmes to nurture young entrepreneurs who can present new ideas and innovations in the aerospace industry; these entrepreneurs are called ‘Astropreneurs.’ Rohan Ganapathy and Yashas Karanam are two such ‘astropreneurs’. Their startup Bellatrix received an award from the President of India. Bellatrix created a propulsion system that would consume less fuel and work on water rather than chemicals.

When we converse with older generations, we realise how they only had a few options to choose and cultivate as hobbies, passions, and careers. However, the scenario has changed for the younger generations. New domains are rapidly developing nowadays. Theoretically, one has a basic understanding of the subject from school days. However, what makes astronomy or the subject of space exploration more interesting are fictional movies such as Interstellar, Star Wars, etc. These movies initiate a conversation on the things that may seem impossible for us now, but maybe, one of these brilliant young minds may innovate and turn a story into a reality. In the real world, too, India is not ready to step back from the global challenges of innovation. The Indian Space Research Organisation is conducting successful experiments and has made global news for its achievements and records. Elon Musk has become the world’s richest man by pursuing a career in space technology. These successes and the sudden interest of young minds in space exploration prove a point that this is the right moment to boost astronomy as a separate subject in the school curriculum.

Astronomy is a vast field. To comprehend how it runs, let us first understand the work of the three key institutions in this field.

Other major players: Domestic and international space requirements have increased multifold, thus private sectors must come forward and contribute. In order to enhance the diffusion of space and technology and boost the space economy within the country, ISRO has decided to open up its ‘space’ to the private sector after being a closed government organization for over 50 years. ISRO now allows satellites developed by private companies to be tested in their facilities. 80% of the PSLV production gets outsourced to private companies. 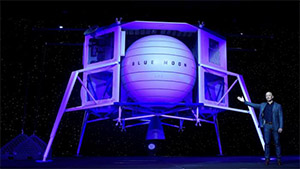 Amazon founder Jeff Bezos unveils his space company Blue Origin's lunar lander rocket Blue Moon during an event in Washington DC in May. The company has been developing a Moon lander for three years, potentially making it the only one in a position to meet the US government's 2024 target

Several Indian startups such as Pixxel, Bellatrix Aerospace, Team Indus, Dhruva Space and Astrome have been working parallelly and have been converging their ideas to create solutions to meet the space need.

International companies like Microsoft, Amazon, Virgin and Facebook are funding private space programs. Private start-up companies like Blue Origin, Virgin Galactic and Bigelow Aerospace have started talking about commercializing Astro Tourism already. Mark Zuckerberg, founder of Facebook, as a part of “The Starshot Project”, has an ambitious attempt to send solar sails to the closest star at one-quarter of the speed of light in 20 years. With our current technology, it would take around 40,000 years to reach there. James Cameron is investing in a project called “Planetary Resources”, a company that uses robotic ships to mine gold and precious minerals from asteroids. So it is a wonderful period in the timeline of humankind’s existence to be a part of space technological innovations and advancements.

NASA, ISRO and other private start-ups make up for some of the world’s most important institutions. Today, students and young achievers are making their mark in these settings. You can join them or, like Aryan, build your startup and be a citizen-scientist or an Astropreneur.

Isn’t this the right moment to provide facilities such as telescopes to young people so that they can explore the galaxy, just like they are given cameras to enjoy photography and video recordings? To have an edge in education, we need to witness new developments when they are silently taking place. Once a new promising area is identified, it should be made available through a curriculum. Astronomy is one such space (pun intended).

By including astronomy in the curriculum, FIITJEE GLOBAL SCHOOL (FGS) and the students are working for the country, which needs more people with scientific thinking. This curriculum will help grow the field of astronomy as world-famous science icons have been part of the community and space; Stephen Hawking being one of them. Hawking is known for his study of black holes, and his book, A Brief History of Time, is regarded as the most important scientific publication. His glory reflects the fact that science has become so magical that every phenomenon is considered as having science behind it which a human being can understand. With science playing such a major role in the status of a country, it is time that India takes space science and astronomy deep into the education system.

Just as playing sports develops the body, scientific exploration works on the mind. Both fields have a manifold impact on the effectiveness of a person. There are various pedagogical tools available to a student of Astronomy. With software on the laptop, binoculars or a small telescope, one can immediately begin to pursue it as a hobby.

Decisions made in high school can have a huge impact on a student’s (scientific) career. Astronomy is a challenging science but not inaccessible. There is something Astronomy offers for people of all levels. There are plenty of opportunities available in Astronomy for school students as well. There are so many International Competitions that are being organized worldwide- the International Astronomy and Astrophysics competition, International Astronomy Olympiads , International Astronomy contest organized by Institute of Aeronautics, Astronautics and Aviation etc. to name a few. School Students can participate in citizen science research projects such as RAD@HOME, Zooniverse, International Asteroid Search Campaign, etc which involve working with real astronomical data. This can often end up helping students to be part of astronomical discoveries as well. These research experiences will help students if they ended up taking related courses offered in premier institutions in India, like the Indian Institute of Space and Technology (IIST), Indian Institute of Science (IISc), Inter-University centre for Astronomy and Astrophysics (IUCAA) etc., by providing them the basic research- As subject experts, we at FIITJEE know exactly how to help such students to begin their journey. 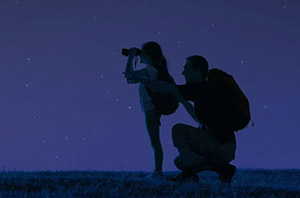 As per expert views and drawing from the several factors discussed above, we know with certainty that technological advancements in astronomy are unfolding in the world, and India will need a superior Indian space program in the future to be competitive. For this, India will require a large number of young people to enter this field. This can only happen if astronomy is taught at the school level. Only when armed with knowledge will young people be given opportunities in astronomy. This knowledge has to be given through a formal school curriculum. Having a school curriculum for astronomy is FGS’s contribution to a superior Indian space program.

At FGS, we have been at the vanguard of technology education. With our roots strong in science, we understand exactly how to provide the best to our students. We understand how to create a mix of stimulation and rigorous knowledge in an astronomy curriculum, thereby making a student excel. It is the vision of our institute and the feedback of our teachers that has made us take a step forward in this high-potential area and include astronomy as a separate curriculum for our students. We are sure that the Indian space program is going to witness tremendous growth, and this will be achieved by young people who will begin studying astronomy at school itself. 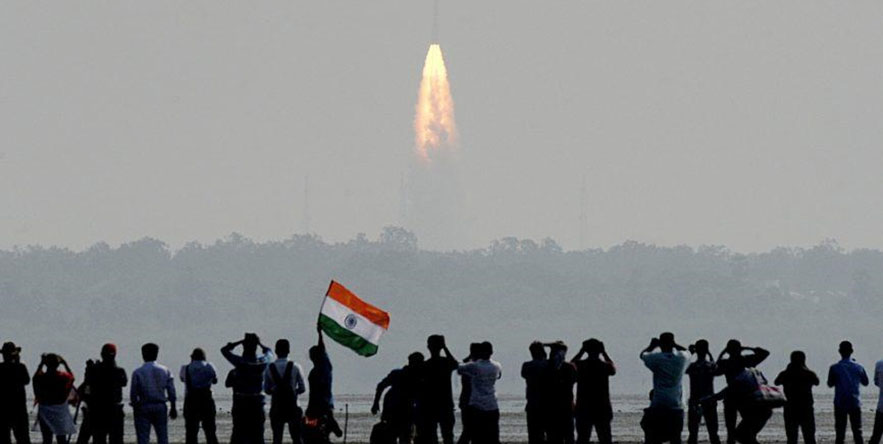 Earlier, enthusiasts would gather in open spaces around the base for a glimpse of the ISRO's rocket launches. Photo: Arun Sarkar / AFP / Getty


To complete the subscription process click on the activation link sent to your email.