Eye in the Sky

“Excellence is not an accomplishment. It is a spirit, a never -ending process.”

Skyward, the Astronomy club of FIITJEE Global School organised the event ‘Eye In The Sky’ on 24, December, 2021 to commemorate the launch of James-Webb Space Telescope by NASA. It was a pride inviting the Moon Man of India, Padma Shri. Mylswamy Annadurai and Mr. Chrispin Karthick , Scientist from Indian Institute of Astrophysics as the guests of honour. The event was conducted in Chennai, Vellore and via online parallelly. The event commenced with the lighting of the lamp. This was followed by welcoming the Chief Guest by the Principal, Ms. S. Mohanapriya in Chennai and Former Principal of Delhi Public School, Dr. Stalin Malhothra in Vellore. Following the Lighting of the lamp, the guests of honour addressed the gathering with their motivational speech. 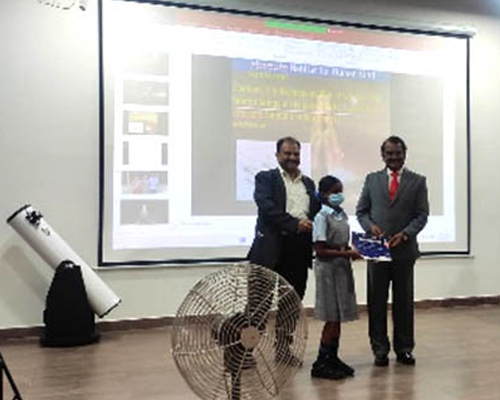 Winners of the events and competitions conducted by the Skyward club all through the year were awarded with telescope as planned by the Correspondent and Director, Mr. Ankur Kumar Jain. Next was the impressive speech on Astronomy by the Coordinator of Skyward club, Mr. Preetham in Chennai and the Coimbatore Center Head Mr. Saurav Mondal in Vellore and Chennai Deputy Center Head Mr. B. Pavan Kumar in the Zoom platform. The quiz programme that was open for the outsiders had a good number of students from various schools. To add to the benefits of events all the participants were presented with a Planisphere as their takeaway.

The awarding of the scholarship of Rs.10,00,000/- would be a rich reward to the already priceless program. 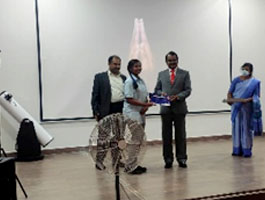 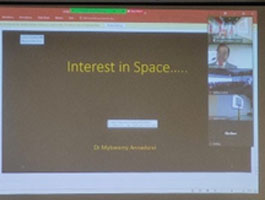